Indirect-acting control valve, a pilot (pilot valve) is added which amplifies the feedback signal and then drives the valve flap of the main valve to change the valve opening through the actuator. 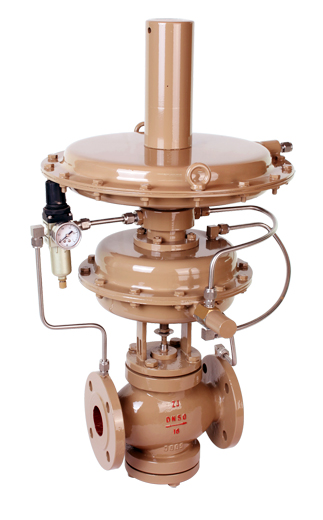 If it is a pressure regulating valve, the feedback signal is the outlet pressure of the valve, which is introduced into the actuator through the signal tube.

If it is a flow control valve, there is an orifice plate (or other resistance devices) at the outlet of the valve. The differential pressure signal is taken out from both ends of the orifice plate and introduced into the actuator.